The Piranha project was undertaken by ALR as a private venture with support from Swiss and European industry. The reasons for initiating the project was that development, manufacturing, operational and support cost of advanced tactical fighter aircraft at that time (F-111, F-15, F-18) had risen so high that the number of aircraft which an armed service was able to procure had been reduced to unacceptably low levels. This in particular for smaller air forces where the number of a/c was not sufficient for efficient operations and the vulnerability on the ground was too high.

Advances in aircraft system technologies around 1980 were progressing in areas such as:

All this allowed for a reduction in aircraft size and was conveniently matched to modern armaments. There was a trend towards precision-guided munitions instead of iron bombs, so it could be argued that one smart bomb can have the same effectiveness as ten "dumb bombs".

Piranha 1 was a subsonic aircraft configuration optimized for anti-armor and anti-helicopter roles only.

Within the scope of the project the following work was performed:

It was foreseen to realize mass production of Piranha fighters in a country aiming at building-up a domestic capacity of development and manufacturing of combat aircraft and which at the same time had to replace a substantial number of F-5 or MiG-21. The then Boeing Military Aircraft Company BMAC in Wichita (Kansas) participated in a joint concept development phase with ALR in 1984 to further detail the design of Piranha 6, implement a development plan and explore market opportunities. The US State Department banned the implementation of this collaboration with Middle East countries.

PIRANHA 6 was designed to meet the battlefield air superiority and battlefield interdiction roles. These role requirements led to a very small, agile supersonic fighter powered by advanced engines such as the Turbo-Union RB199, EuroJet EJ-200, or Snecma M88. The design works undertaken in the early eighties have been applied by ALR in other projects. An AviationWeek article on the concept, published in 1979 may be found here (login required). 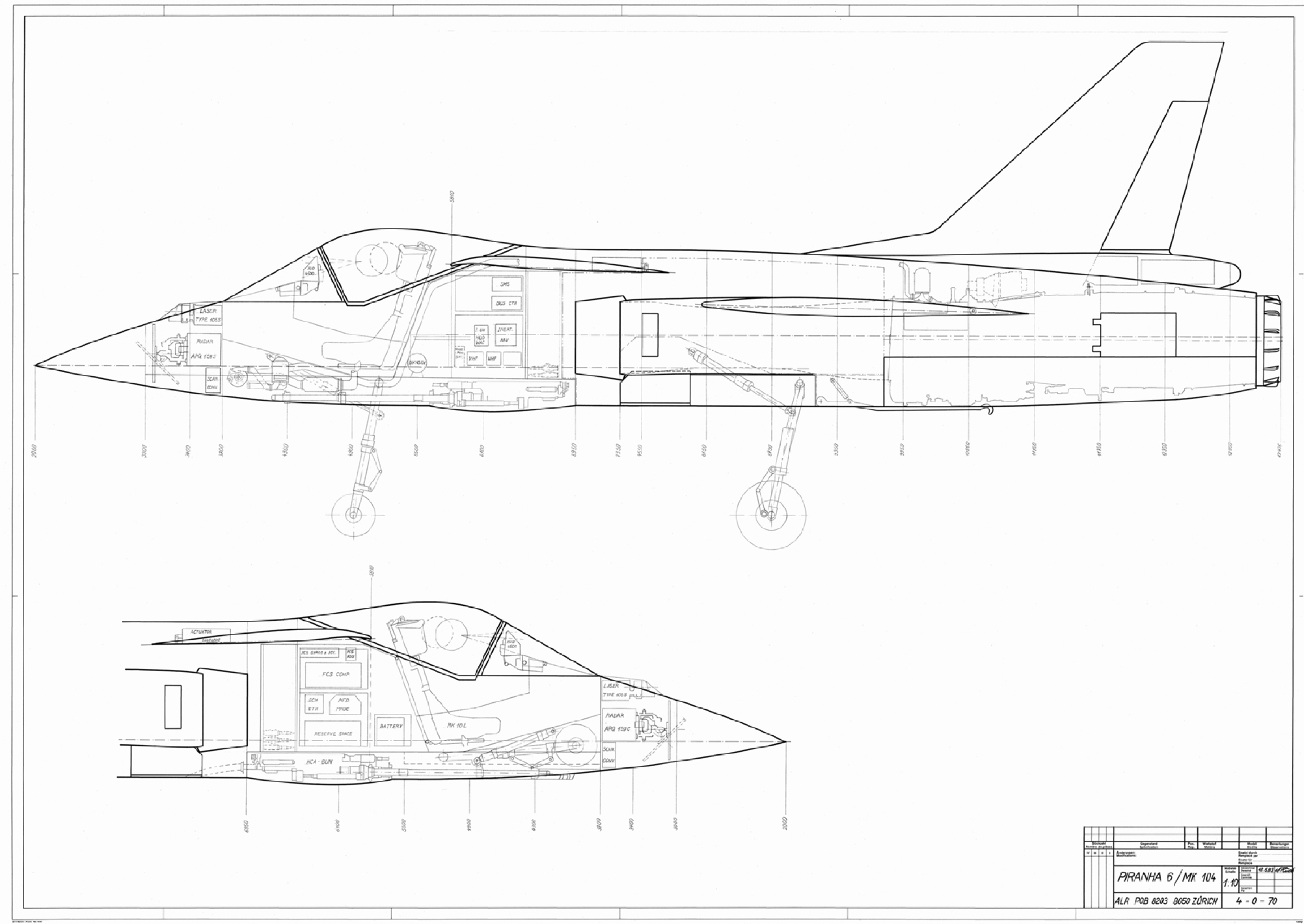 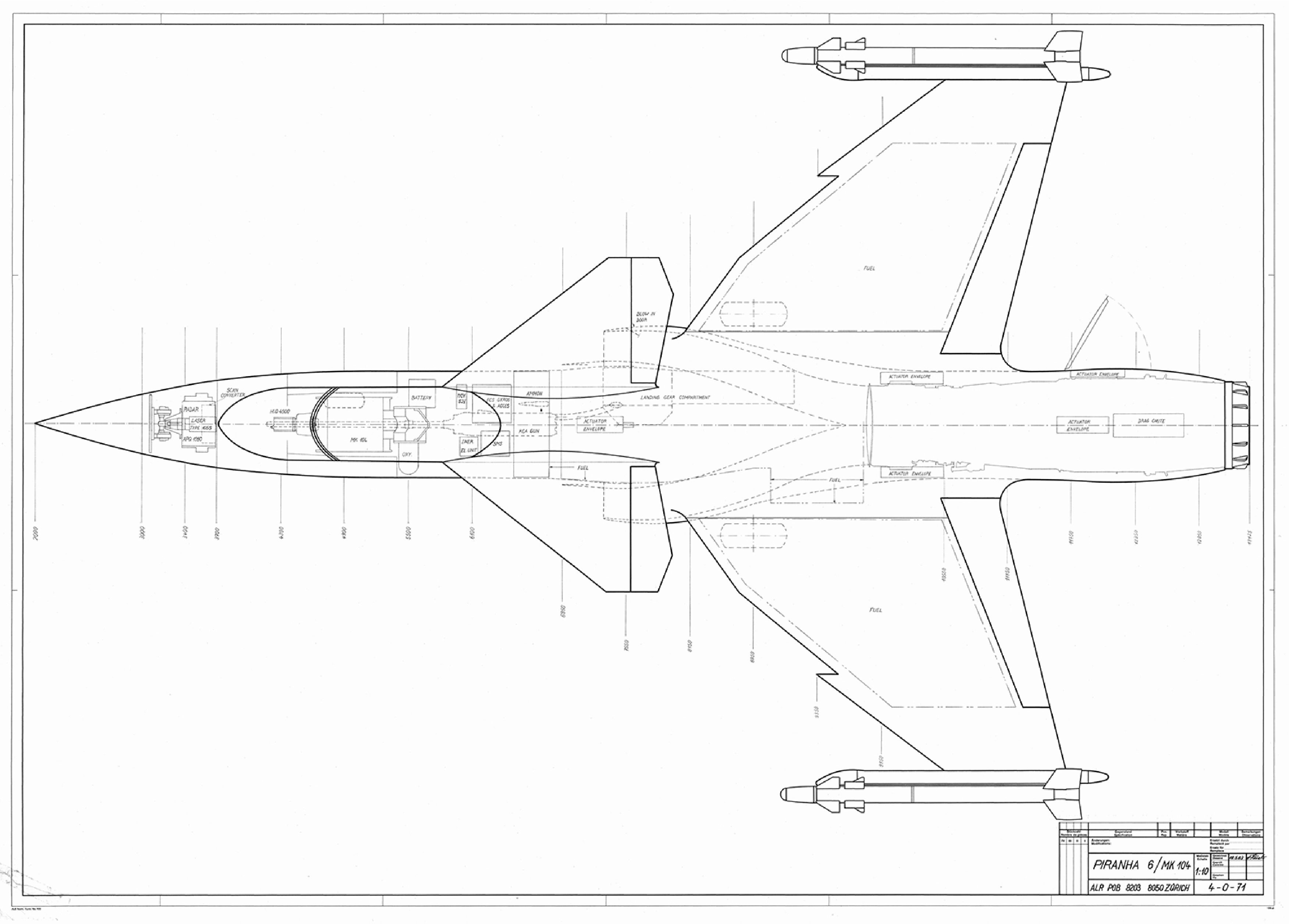 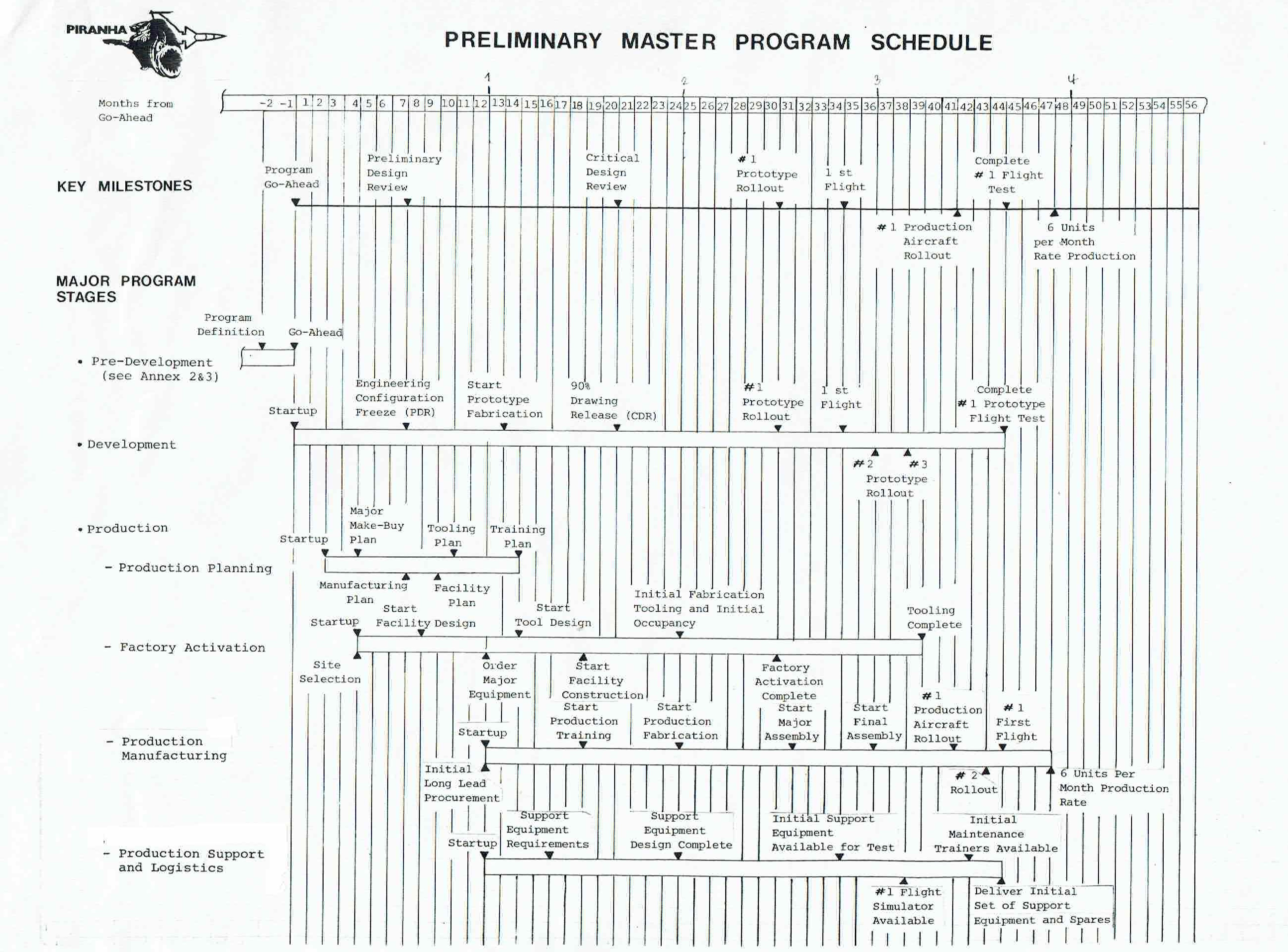